Not everyone I speak to is familiar with the notion of ‘Intelligent Design’. When asked, I often cut to the chase and say that Intelligent Design (ID) is just another form of Creationism but in disguise. Or in other words, ID omits the Biblical story of Creation and asserts that a Designer created life. Proponents of ID, however, say that their theory is not another form of Creationism for several reasons. Here are some of the main differences: 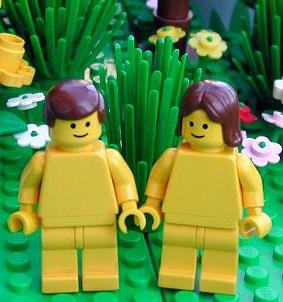 Creationism holds that the Earth was created about 6000 years ago, whereas ID proponents accept that the Earth is at least many millions of years old.

ID proponents accept that species do undergo a small number of changes, whereas Creationism holds that all life on Earth was created in their current form.

For any theory to be considered science it has to hold up to the scrutiny of scientific method.

The classic view of how science operates is that discoveries are made based on observation. For example, a scientist may be working out in the field researching the nature of swans. He observes all the swans that he can find and notes that each swan is white. He does this for several years and comes to the conclusion that all swans are white. In philosophical terms this type of method is known as induction. Inductive reasoning has been the bedrock for many scientific discoveries since at least Ancient Greece. In fact, without induction, we wouldn’t get very far.

However, scientific methods have moved on since Ancient Greece. The philosopher Karl Popper (1902-1994ce), amongst others, suggested that ‘falsification’ would a better scientific method. Falsification is the approach that if any evidence can be found that falsifies the conclusion, then the theory is falsifiable. So, using our example above, if you can find any black swans you can falsify the theory that all swans are white. The theory of ‘all swans are white’ was in principle falsifiable and, as we know there are black swans, the theory has been falsified.

If we extend our swan theory and say that all swans are either white or black and add something extra – that all swans have at least two legs, we have a new theory that in principal can be falsified. All that is required is that we find a swan with more than two legs. This is a much more efficient method of scientific inquiry as all we have to do is find a consistent set of swans with more legs than usual.

An example of an un-falsifiable theory would be as such: I have discovered a unique species of swans that are either black or white and that also turn into frogs when hidden inside a box. That is, when this unique species of swans are not observed, they turn into frogs. I shall call these ‘frogswans’. Any method of observation, either direct or indirect (AV recording, for example), immediately renders the unique frog hidden from view to turn back into a swan. The problem here, however, is this ‘theory’ is not falsifiable as there is no observable (empirical) way to prove or disprove that swans turn into frogs when hidden inside a box. The frogswan ‘theory’ can quite rightly be considered as nonsense, as it cannot be proved either way.

So, a good scientific theory is one that in principle can be falsified. An even better scientific theory is one that stands the test of time and resists any attempt of falsification. Any theory that does become falsified is adjusted or rejected and this is how science, on the whole, progresses. Any theory that in principal cannot be falsified is considered pseudoscience. Or rather, any theory that is impossible to falsify, because a supposed condition exists (such as there is an Intelligent Designer, or swans can turn into frogs), then it can never be positively or negatively proven either way.

The trouble with Intelligent Design as a ‘theory’ is that the Intelligent Designer cannot be positively or negatively proved. Or, scientifically speaking, ID cannot in principle be falsified because: a) the Designer cannot be proved or disproved; b) creates a doubt of predictability; and finally c) the theory is impossible to test, unless we have a direct line with the Designer.

So if the theory of evolution is so solid, why not teach ID in the classroom anyway? Firstly, ID does not stand up to the rigour of contemporary scientific method, as discussed above. Secondly, it’s a carrier for a discussion with a religious context – there is a Designer somewhere in the cosmos that has/had a hand in all that is living. And finally, the ultimate conclusion that ID proposes – a designer did it/does it – is a dead end, at least in scientific realms.

This site uses Akismet to reduce spam. Learn how your comment data is processed.

Currently reading:
Philosophy of Mind and have a keen interest in AI, IoT and Cloud,

All views my own.